The Nasdaq Composite, a closely watched index comprised of leading tech growth stocks, is down about 24.6% so far in 2022. Several household names have seen their share prices fall even more than that. But remember, the further the market falls, the greater the opportunities to make money when the market inevitably rebounds.

Strong companies with massive growth prospects are already down more than 50% from their all-time high. If you have $ 5,000 available, investing an equal amount in Roblox (RBLX 15.36%) and StoneCo (STNE 20.11%) could grow it into five figures by 2030. Let’s take a closer look at these two growth stocks and why they are good buy-and-hold candidates.

Share prices of Roblox have dropped more than 80% after reaching an all-time high of $ 141.60 in 2021. Slowing growth can be blamed for some of the price drop, but there are a few reasons why Roblox is still a good long-term investment .

The company reported a 3% decline in adjusted revenue (or bookings) in the first quarter, which is far off the pandemic-driven pace of 161% reported in the same quarter in 2021. Growth has tapered off as kids go back to school, but Roblox can keep growing. It ended April with 53 million daily active users, up 23% year over year. Those users spent 11.8 billion hours playing games on the platform, providing the company with a highly engaged audience to monetize over time.

Based on a recent study by the gaming gurus at Newzoo, Generation Z (aged 10-24) members spend over seven hours per week on average playing video games. Most importantly, as it relates to Roblox’s business, 69% of Gen Z said they are willing to spend money while playing games. As a leading gaming platform that is targeting the same demographic, Roblox has plenty of opportunities to grow its business over the long term, especially with popular brands like Nike and Kering‘s Gucci putting their own immersive virtual worlds on the platform to attract users.

The stock was probably priced a bit too expensive last year, but the sell-off has completely changed the value proposition. The market might be punishing the stock for Roblox’s string of reported losses on the bottom line, but what often gets overlooked is that Roblox generated over $ 500 million in free cash flow in 2021. Giving away games for free in order to make money from the sale of extra content can be a very profitable business strategy.

At a price-to-free cash flow ratio of just 22, there is solid value underpinning this top metaverse stock right now. That doesn’t mean the stock can’t hit new lows, but investors who buy at these levels stand a good chance of beating the market over the next 10 years with this stock. 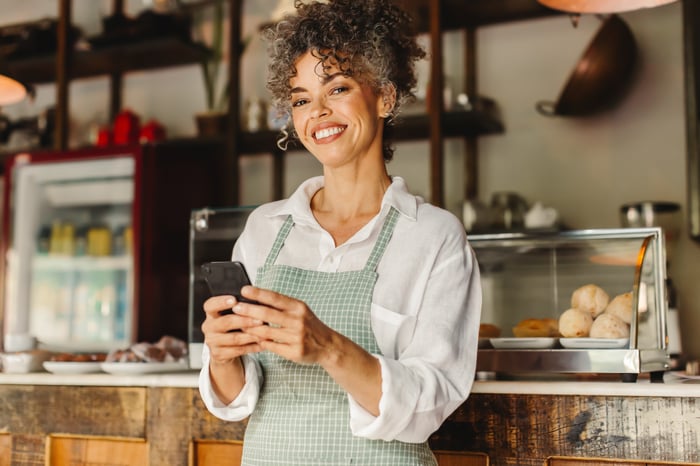 Over the last eight years since its launch, StoneCo has been gaining market share and disrupting the traditional way of banking in one of the fastest-growing e-commerce markets in the world. Since 2017, its share of merchant acquiring volumes has risen from 4% to 11.2%. That makes StoneCo the largest merchant acquirer in Brazil and the fourth largest based on total volume.

The company still has a tremendous growth opportunity to serve millions of merchants in the region. At the end of 2021, StoneCo served 1.7 million active payment clients, leaving plenty of room for growth. The company generates revenue from payment processing fees. It also charges a monthly subscription fee for other financial services, including point-of-sale rental hardware. Revenue more than doubled last year to 4.8 billion reais (approximately $ 900 million at current exchange rates).

After an epic slide in 2021, the stock now trades at an attractive price-to-earnings ratio of 22 based on this year’s consensus analyst estimate – very modest for a company producing this much growth with room to keep adding more customers to its network . You can only buy growth stocks this cheap in a bear market.